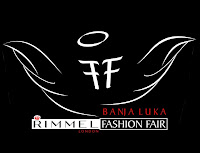 Bosnia’s fashionistas will get their annual fix of catwalks and air-kissing when some the region’s leading designers and models gather for the Rimmel Banja Luka Fashion Fair 2011 (7-9 May).

In five years, organisers Alta Axis, supported by the City of Banja Luka and the Government of the Republic of Srpska(Republika Srpska) have produced Bosnia’s biggest and most significant fashion showcase, attracting international attention.

The invitation-only catwalk shows draw in 500+ fashion connoisseurs, government chiefs, ambassadors, businessmen and media.  This year RS national broadcaster RTRS has come on board as a media partner and will screen key events, allowing for an even wider audience.

Organisers plan a visual spectacle for this fifth outing, with a 30m catwalk and the best light and sound equipment to be found in Bosnia, as a cavalcade of fashion’s finest steps out to promote talent from South Eastern Europe and beyond.

“We are very proud that for the first time in Banja Luka we will have the biggest fashion name of the region, Verica Rakočević from Serbia,’ said event producerDražen Žigić. “We will also welcome back Bata Spasojević, hot from Belgrade Fashion Week, who was named our top designer at last year’s Fair.

“Our very special guest will be Christophe Le Bo from France.”

Described as ‘the poet of the catwalk’, Christophe Le Bo designs in delicate, ethereal materials like muslin, silk and satin in strong, shimmering colours. Christophe Le Bo creates refined styles and cuts with fitted waistlines and sophisticated detail, highlighted by his hallmark of subtle, intricate embroidery.

Serbia’s Verica Rakočević has been well known in fashion since 1983 for its compositions which are somewhat shifted from classic constructions, a spectrum of pastel colors, variety of colours and fabrics combined in imaginative ways with a challenging play on extraordinary handicraft.

The Rimmel Banja Luka Fashion Fair has also signed a lucrative deal with the Council of International Fashion Designers.